Today is the final game for the girls basketball team. They will be playing in the final round. All of us parents are so very proud of the girls for all the hard work that they have put in this year.

The girls started out playing the same game as the rest of the season. It was impressive to watch them work together as a team.

The girls fought hard and the cheering section were full of Falcon Pride. We have gotten the reputation in the league for being the loudest cheering section. We are proud of that, since we all believe in our girls so very much!

In the end, the girls lost. The game was tight all the way to the end. The other team got two late baskets and our girls just couldn’t recover. But we didn’t care. This was the farthest any girls team in the school had gone in over 20 years! I think that they were all very proud to know that they would be a part of the school history forever! 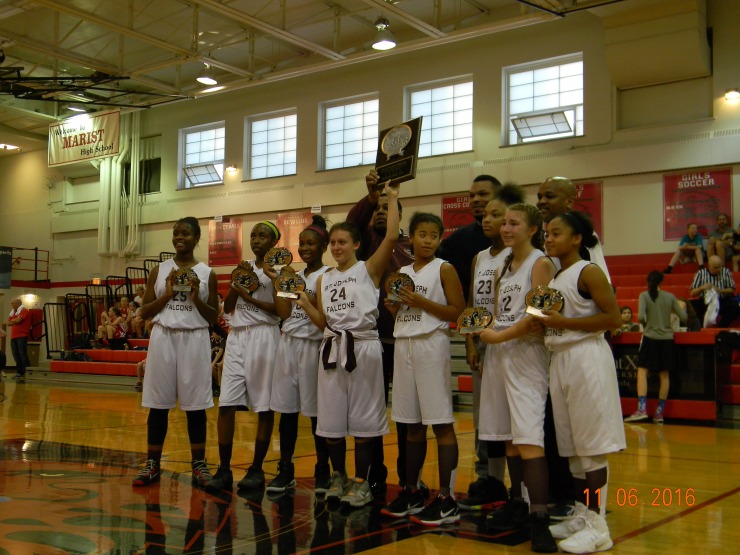 I think that Den was one of the loudest cheerers toady. Six months ago, he didn’t think he would ever see another basketball game, but here he is! It has been a struggle getting him into some of the venues, but we have managed and overcome so much in the last few months that nothing can stop us when we want to do it bad enough.