I had to work again today, so Em is taking care of the house and pets. I checked in with Den before I left for work. He said he slept like a rock…yeah! He told me that during the night he had 2 bowls of peaches and some apple juice. I am guessing that was dinner.

When I called to check in at lunchtime, Den told me he ordered peaches for lunch. He was very sleepy and his eyes hurt…felt very heavy. He let me know that his phone was almost dead and he didn’t want to ask the nurse to help him find the charger cord. I told him I would call the room phone if I needed to talk to him before Em and I came up to see him.

A doctor came in before we arrived to look at Den’s mouth. The sores looked worse than yesterday and another medicated mouthwash was added for a viral strand of thrush, just in case.

Em and I arrived in time for dinner. I ordered guest trays for Em and myself and 2 vanilla yogurts for Den. He had not been ordering or eating any yogurt to help the sores in his mouth and it looked really bad. He told me his mouth hurt alot and felt like it was burning. 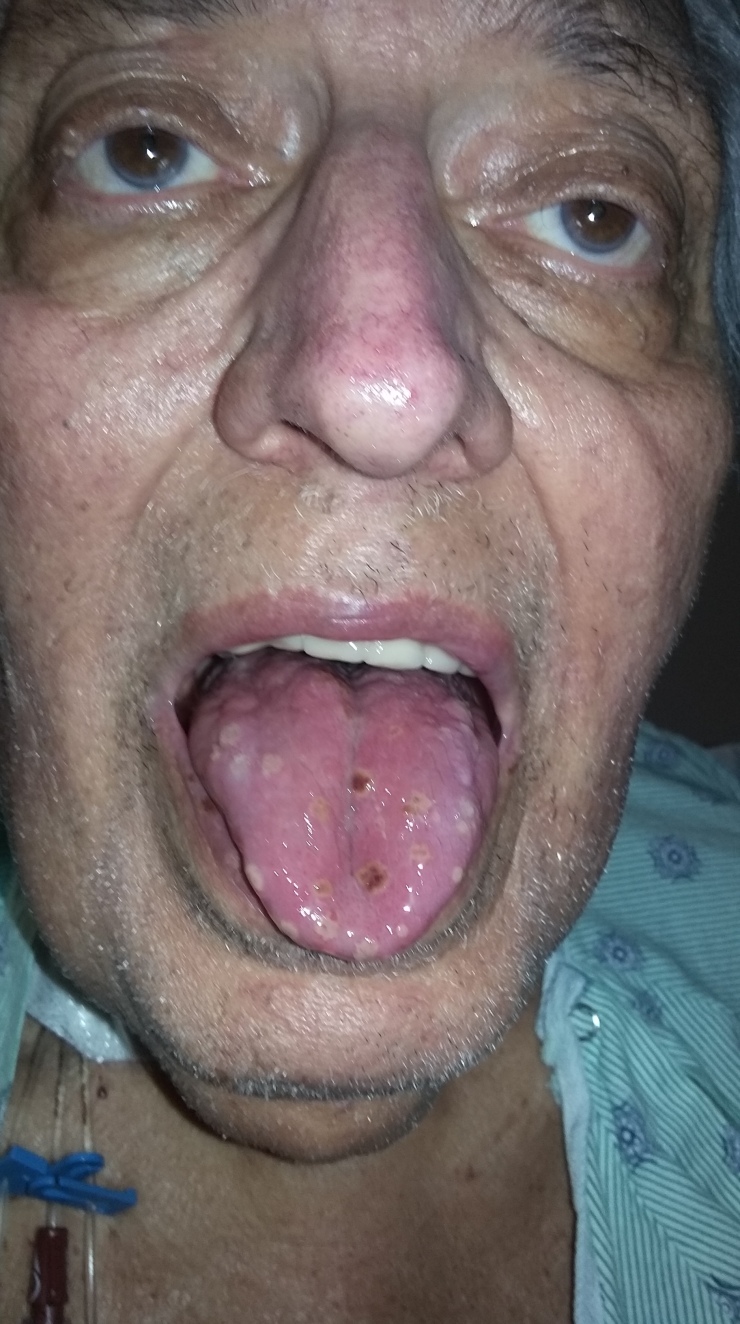 I convinced him to try the yogurt when it came. He was not happy that I was forcing it on him. He grudgingly took a spoonful and coated his mouth with the yogurt. He smiled as the yogurt calmed the burning almost immediately. He agreed then and there to order a yogurt every day. He ate more for dinner, I just don’t remember what.

Den, Em and I played cards, watched TV, talked and put on a movie. We had a nice night, with very few interruptions. (I had cleared Em and I staying in Den’s room ahead of time, so the staff tried to let us have some quality time alone.) Em had taken over the couch in the room, so I pulled up the recliner and settled in next to Den for the night.

The nurse came in before 11PM to change Den’s dressing. He only had the LVAD drive line dressing left, all the other incisions were healing well and no longer needed to be covered. While we were changing the dressing, the nurse noticed some yellow drainage from the drive line. She sent a culture off to the lab to make sure Den was not developing a drive line infection (the single most common complication with LVAD’s, before and after leaving the hospital).